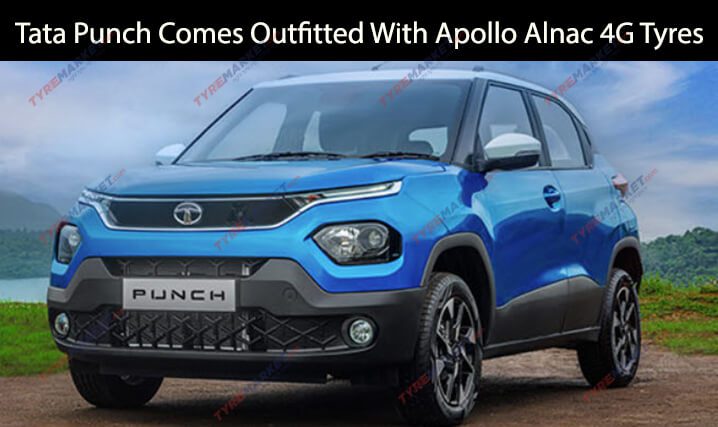 The Tata Punch has created a new niche in the small car space, and the Apollo Alnac 4G serves as the perfect fit for the job as its best-suited OE tyres. Here you will know all the details about the micro-SUV, its tyre size and tyre features.

What began as the fantastic-looking HBX concept, the Tata Punch has turned out as a unique and best-seller offering for Tata Motors in India. The Punch redefined the micro-SUV segment with its fresh styling and stance, which is a good mix of both a small car and a heightened SUV. Across the variants the Punch is equipped with Apollo Alnac 4G as original equipment tyres.

The Tata Punch seeks inspiration from other currently available cars from the homegrown leading passenger car maker. The split headlamp layout with sleek daytime running LEDs and projector bulbs in separate housings is a design highlight inspired by the flagship Harrier and Safari SUVs. The overall stance, humanity grille, rear-three quarter design and dual tone-roof layout looks much like the slightly bigger Nexon. And the 90-degree opening door panels and rear door handles recessed in the C-pillar features taken from the Altroz.

Like all the cars from Tata Motors, the Tata Punch delivers a sorted ride quality, a spacious cabin and a sense of safety. It has already been awarded a 5-star rating at Global NCAP crash tests, which itself is a testimony to its impeccable build quality. In addition to it, the Punch is also well-equipped for a car of its price, with features like a free-mounted 7-inch touchscreen infotainment system with Apple Carplay and Android Auto, 7-inch TFT screen in instrument console, automatic climate control and cruise control available in it. For safety, the Punch is available with dual front airbags, ABS with EBD, reverse parking sensors and camera, ISOFIX mounts for child seats and brake sway control.

The Tata Punch is available with 16-inch tyres in its top-spec Creative variant and 15-inch tyres in the rest of the three variants – Pure, Adventure and Accomplished. The company fitted tyre brand for Tata Punch is Apollo Alnac 4G. It is made available in both the tyre sizes – 195/60 R16 for the Creative variant and 185/70 R15 for the other three variants. 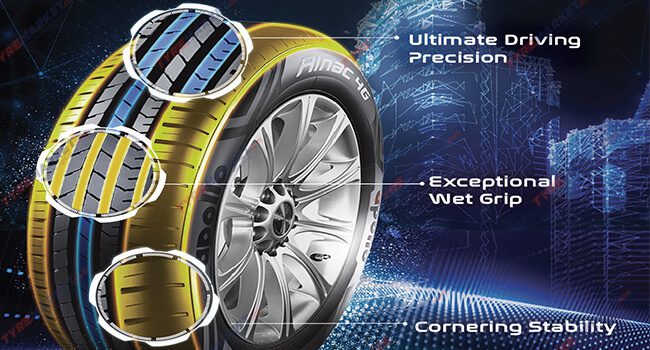 The Apollo Alnac 4G has created a solid stature for itself as a reliable and high-performance tyre. It is equally suitable for low-speed urban driving and long-distance highway driving, making it a versatile option for the Tata Punch.