Learn about the new Amazer XP Tyre from Apollo along with some of its features, compatible vehicles, and more … 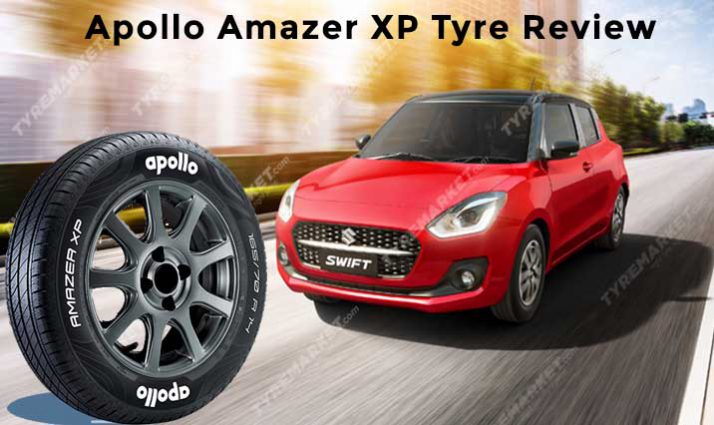 Thanks to the ever-rising fuel costs and pollution levels, every section of the automotive industry are evaluating the options to save the running costs and after-math of pollution on the environment. Apart from engine component makers, even tyre manufacturers are bringing this concern to notice. Being a premier tyre manufacturer of India, Apollo has introduced its new generation of tyres for compact hatchbacks and sedans, the Apollo Amazer XP.

What are the pre-requisites of a tyre for an entry-level car?

An entry-level car is majorly considered for lower running costs with higher fuel efficiency and lower maintenance bills. For better fuel efficiency, a tyre should have a lower rolling resistance, as about 10-15 per cent of the fuel is consumed for overcoming rolling resistance and friction against uneven surfaces. A tyre with low rolling resistance helps in reducing fuel consumption and increasing the life span of the tyre in the long run. With this, tyre replacement costs will also go down, thus attracting more savings.

Can Apollo Amazer XP help in increasing the efficiency of the vehicle?

The Apollo Amazer XP features a cavity contour with minimized strain levels, which helps in reducing the generation of heat in the shoulder and bead areas of the tyre. The tyre also has stress relaxation grooves for reducing shoulder blocks deformation and improving heat dissipation at higher speeds. Both these features of the tyre reduce the tyre’s rolling resistance and eventually enhance the fuel efficiency of the car.

To ensure much road noise isn’t filtered inside the cabin, the Apollo Amazer XP comes with a trumpet groove design on its shoulder, which allows better air pumping and absorption of road noises before they enter the cabin. In addition to this, the tyre also has a helical pitch line distribution of tread blocks, which allow a smoother interaction between the contact patch of the tyre and the road and reduces the impact force. It reduces the vibrations and harshness and smoothens the ride quality of the vehicle.

Is Apollo Amazer XP durable in the long run?

For enhanced longevity, in the long run, the Apollo Amazer is composed of a high modulus tread compound, which restricts the build-up of heat while the tyre is in use. The better control in heat generation results in a lower treadwear rate, thus increasing the tyre life. The wear rate is also reduced by higher rubber volume in the tread pattern, which allows for uniform pressure distribution.

What cars are compatible with the Apollo Amazer XP?

Tyres & Wheels: Understanding What Lies Beneath